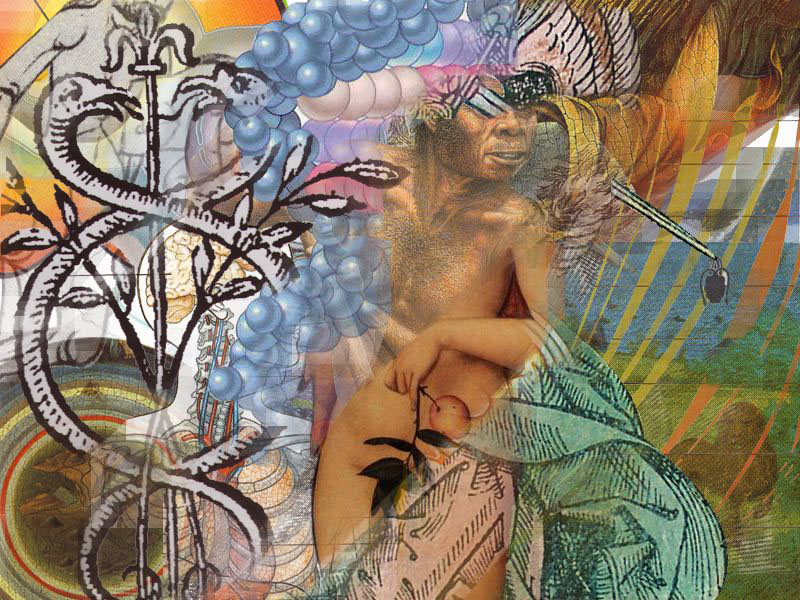 Despite being over ten years old, Genesis is still one of the most prominent summits of my artistic career. As such I find myself reflecting on it with a perplexing combination of pride, embarrassment, and awe. Genesis is the first interactive piece I ever created, and the first program I ever coded. It was also my MFA thesis, the culmination of my graduate career, and (I believe) what single handedly earned me the Toby Devan Lewis Fellowship Award. Suffice it to say, it casts a long shadow. There are some things about the piece that make me cringe. The documentation for starters. I would love to be able go back in time and take the time to get more footage. Sadly, what you see above is just about all that exists. The interface itself (the mouse and button) is also quite crude, but also gave rise to a number of other works that seek to address this “original sin”. 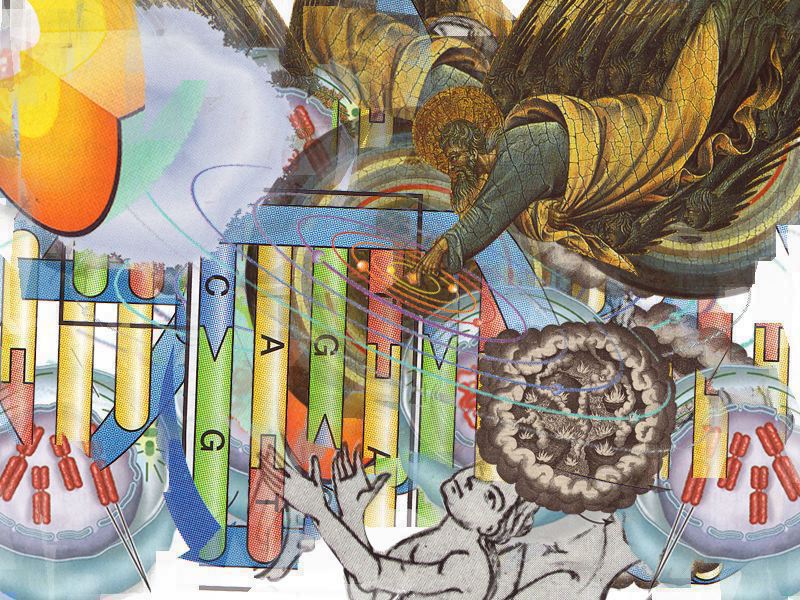 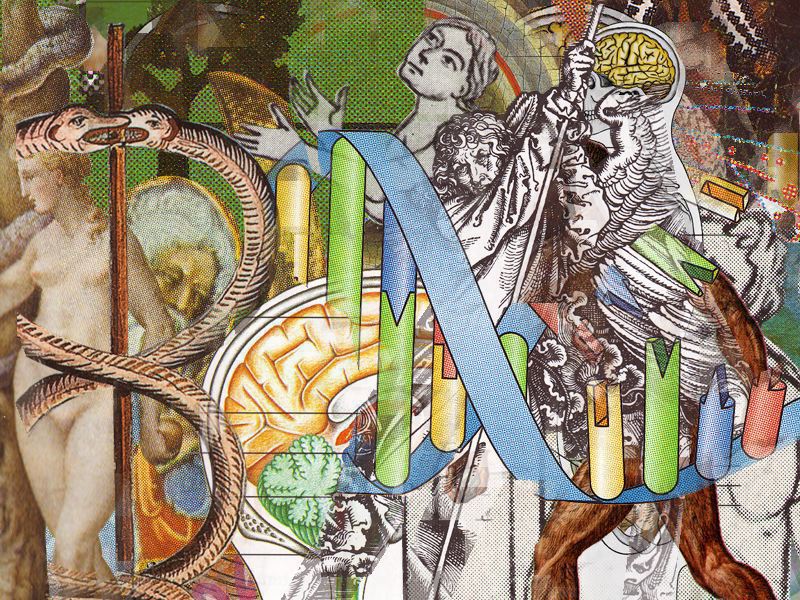 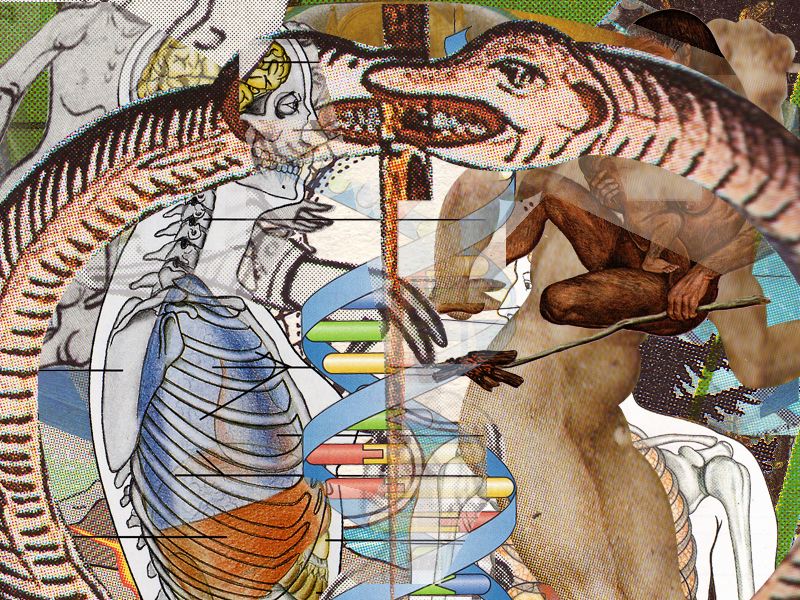 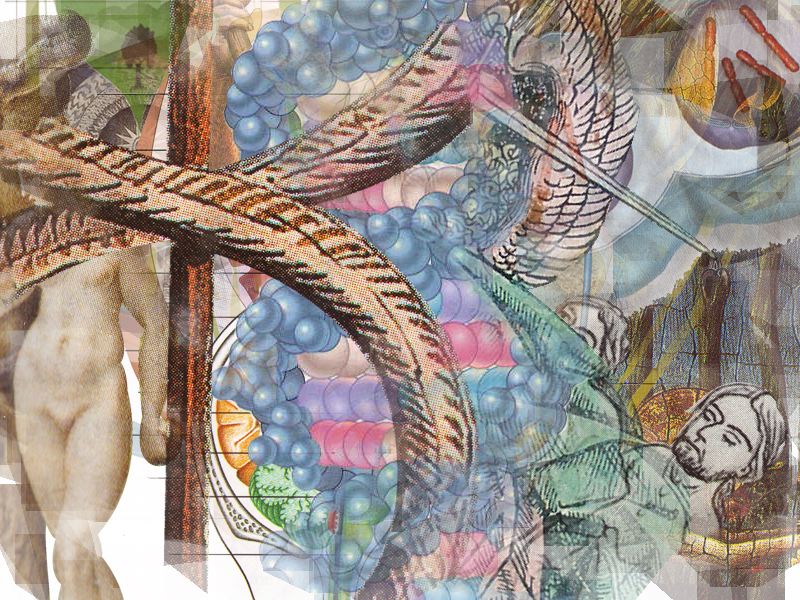 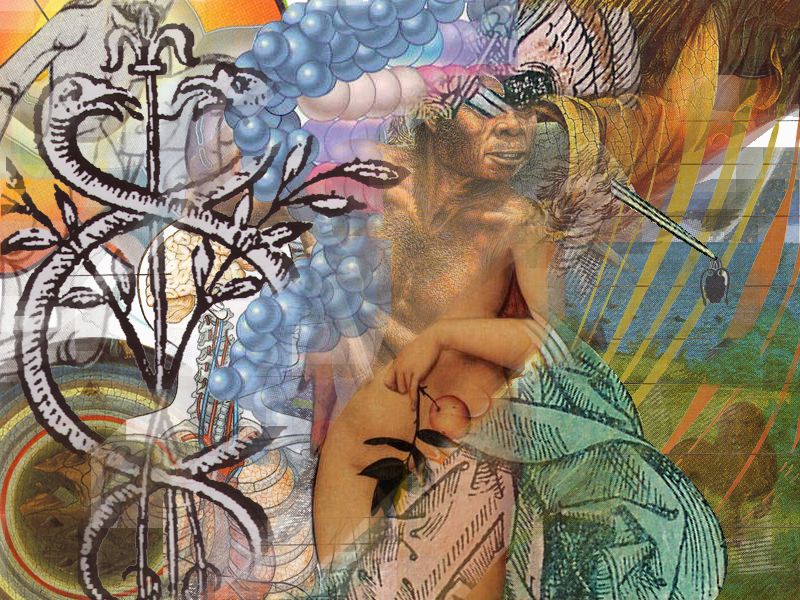 Which brings me to the piece itself. Genesis ultimately stems from the convergence of several key ideas that continue to inform my work to this day. First and foremost, there is the core idea at play within the work. The image. More specifically, the image as a proxy for the unperceivable and unrecorded. While we cast a jaundiced eye at imagery depicting the Judaic god in all his bearded glory dividing the firmament and conjuring Eve from the side of Adam, we accept images of the big bang and early hominids with an indifferent shrug (if we acknowledge them at all). However, both sets of images are seeking to address the same fundamental questions with the same fundamental tools. While the dogmas behind their creation are different, both must ultimately turn to the image maker to give form to the birth of the universe and the origins of humanity. Genesis seeks to demonstrate this relationship by merging these two narratives together through the hand of the viewer.

It is this latter aspect of Genesis that has come to dominate my creative work in the decade to follow. The summer before I started graduate school I read an interview in Wired magazine with artist Joshua Davis. I was fascinated with the images he produced that combined simple graphic objects into complex multilayered assemblages that felt surprisingly organic despite their elegantly restrained constituent parts. While I had heard about algorithmic art before, seeing Davis’s work was a kind of epiphany. At the time I had been flirting with the idea in my own way. I was producing complex and multilayered digital collages and relished the compositional “happy accidents” that revealed themselves when I zoomed in. For my first year of graduate school a tried to find new ways to produce similar results through animation. While I enjoyed the results, there wasn’t the same sense of surprise that I enjoyed with the collages. I knew where and how elements would intersect and could begin to anticipate what those moments would look like. I needed to find a way to bring more chance into the process.

Interactivity would prove to be the solution. The summer between my first and second year I made the decision to teach myself Max/MSP and Jitter(or simply Max as it is now known). While not a true programming language, Max was approachable enough that I was able to start digging into the world of computer driven interactive art. I quickly realized that interactive work satisfied two key desires: it provided me with a mechanism to engage viewers beyond passive observation, and it produced a wellspring of unexpected results. While I ultimately put all the pieces in one place, I had no control over how the viewer would put everything together. The images that were produced were like visual catnip. I still find myself fascinated with how the images that Genesis produced managed to stitch themselves together. In many ways this is the high that I’ve been chasing ever since. Finding new ways to create images that no single person has created, or could have conceived. They are something bigger than any one individual, and that is profound.